‘Me & You‘ is an ultra-short prototype for film interaction on mobile devices. The app allows users to rotate their phone around its axis to control the flow of particles that allow the user to peer into the film footage underneath.

The film itself is split up in two parallel stories that have been positioned head-to-head. This way the user really needs to rotate the film to accurately see what is going on. In addition, the particle count is restricted to only fill up a maximum of half the screen. Therefore, users can never see both films at once.

The whole prototype (app and film) were fully made within two days. The app was developed in OpenFrameworks-iOS (C++/Objective-c).
It makes use of ofxBox2D for its particles physics which is combined with a custom shader to compute the right alpha channels for the film component in the fragment shader.

The code is available on Github here. 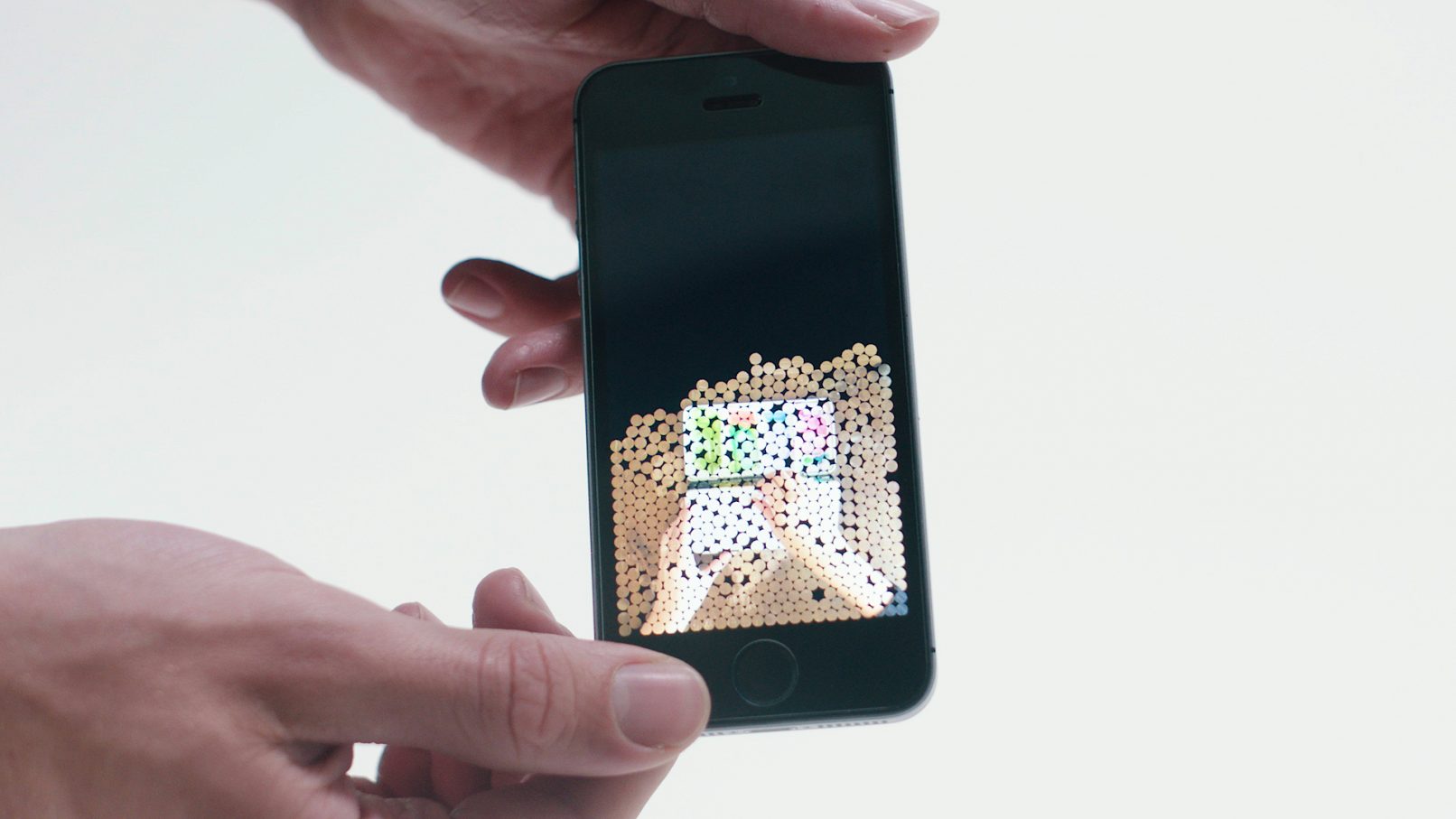