Echo is an audio-reactive light installation that visualises the entity of the echo and engages with the audience by auditive and visual feedback.

An echo is the reflection of sound that arrives with a delay that is proportional to the reflective distance. The phenomenon is so common, that it is something we don’t think twice of.
As a child, my idea of the echo was very different from it being just a natural phenomenon. The Echo seemed like a creature that lived in large, dark, empty spaces. Nowhere to be seen, but always present when you shouted at it. ‘The Echo’ became an entity of itself.

Echo is an installation that explores the embodiment of this unseen entity. This entity; The Echo, is present, but can only be noticed by its proximity to the lights.

Technical information
Echo consist of 120 tiny rock-like light bulbs which were all individually generated in Houdini and then 3D printed in clear resin with a Formlabs 3D printer. This also means each individual light is unique. A Teensy 3.5 microcontroller along with an array of hardware LED drivers is used for sound processing and analysing, along with controlling all of the LEDs as to give real-time feedback. Custom software running on the Teensy is used to calculate flocking-behaviour for the single boid (based on Craig Raynolds steering behaviours) that can be seen ‘swimming’ through the point cloud of the installation. The locations of the lights are measured as an offset from a chosen origin and hardcoded into the installation as to interface between the real and virtual space. 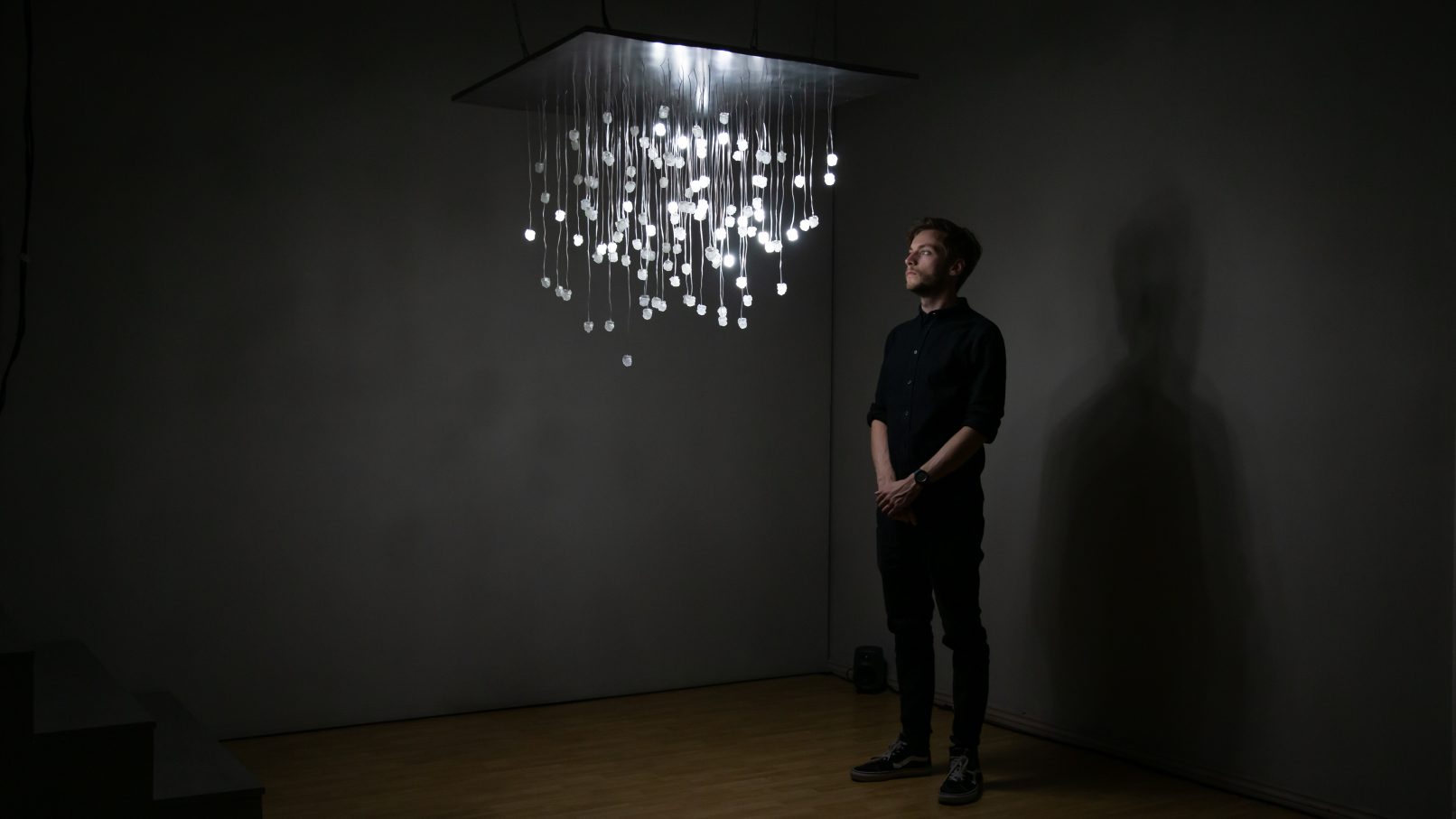 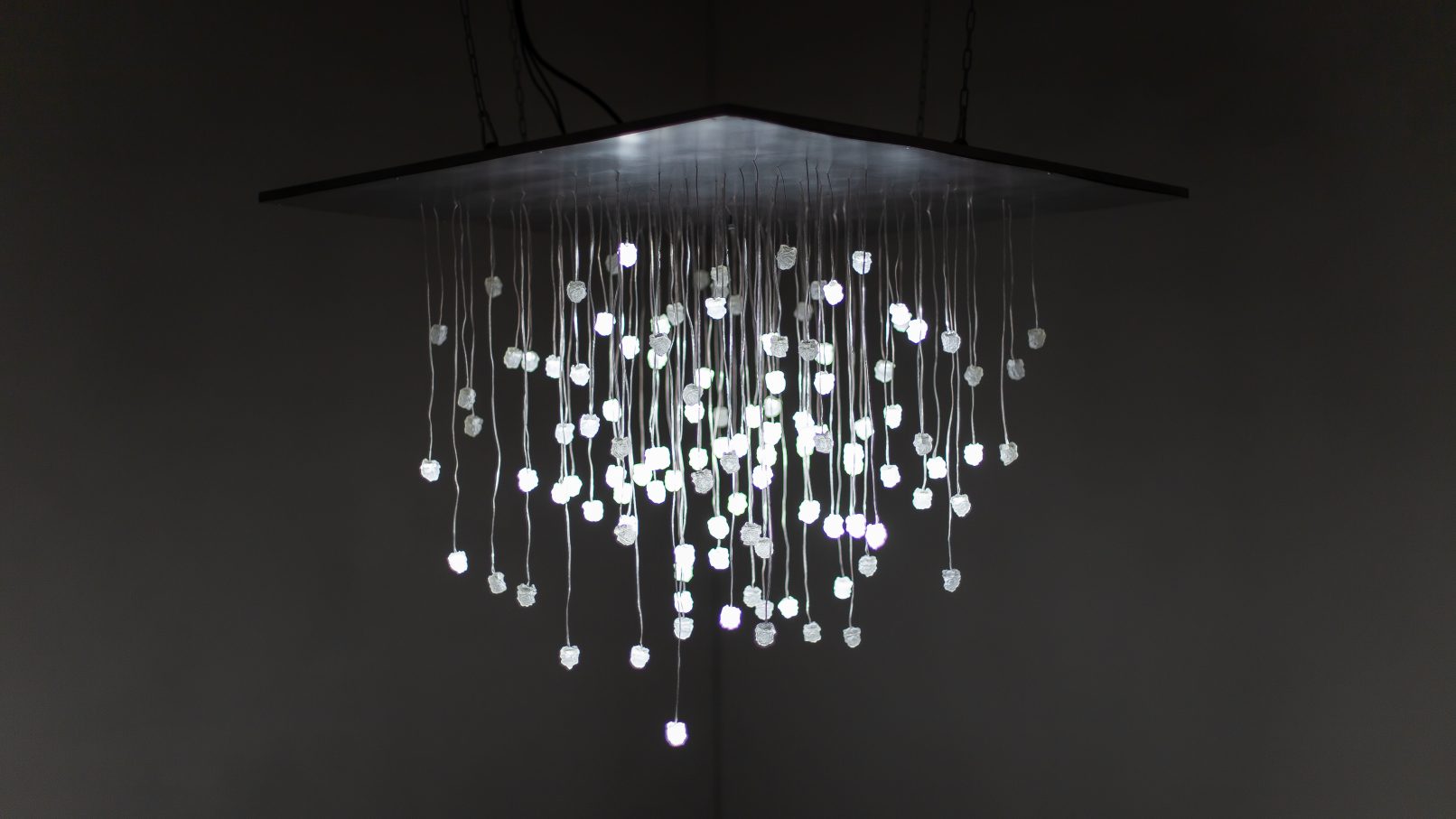 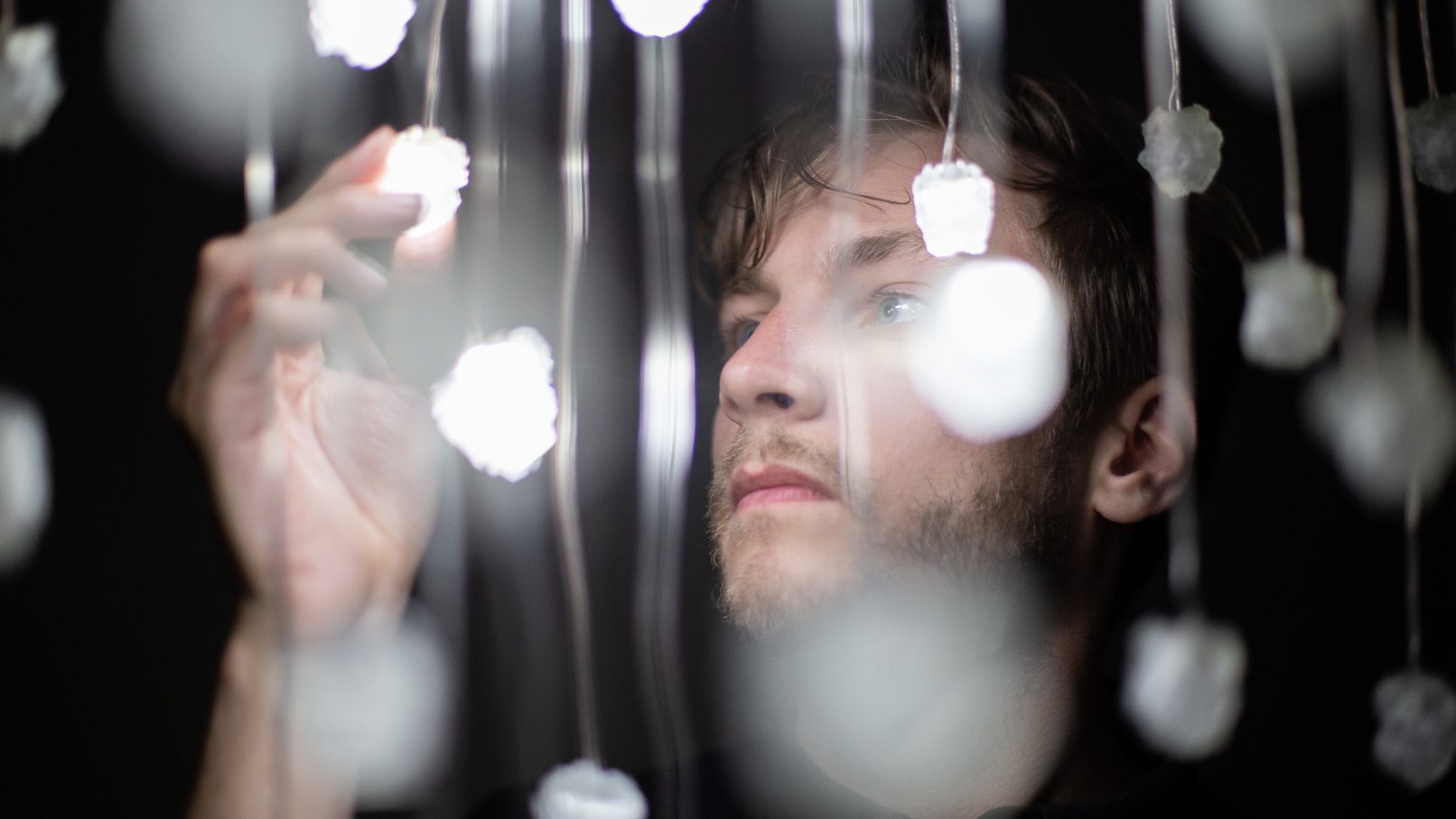 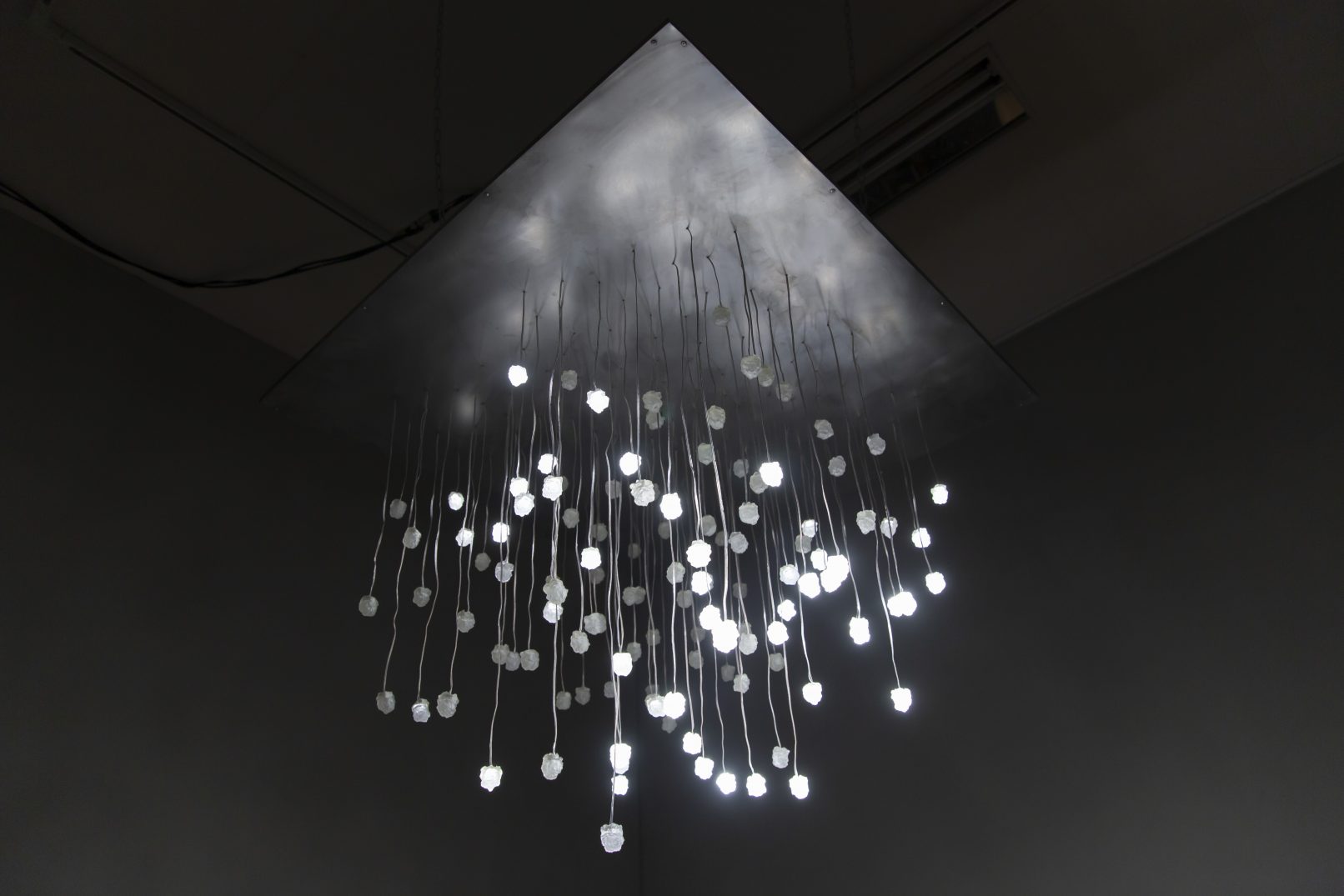 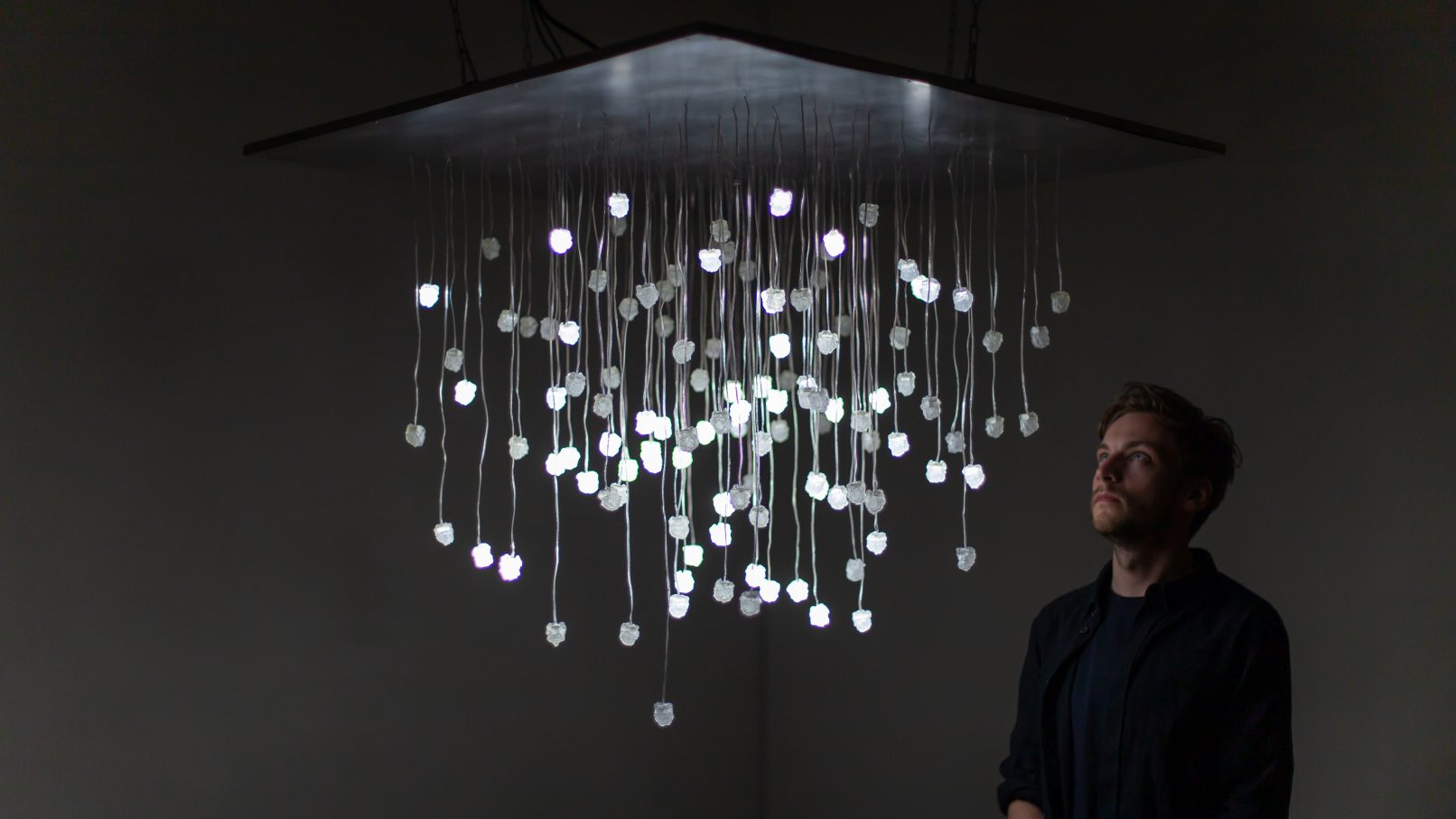 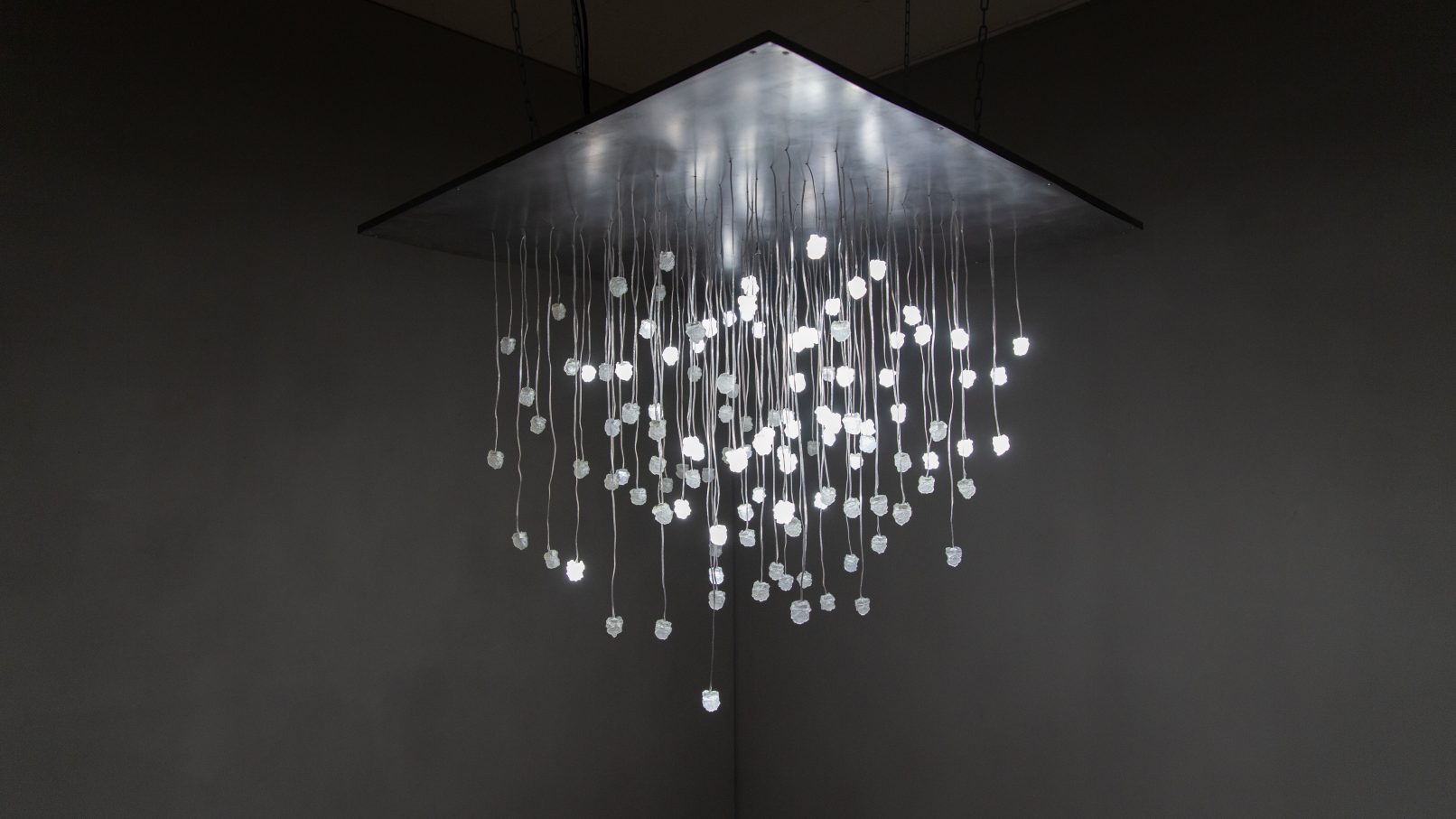