This prototype narrative consists of seven chapters that guide the viewer through seven symbolic stages of a creative endeavor, from rise to fall, creation to destruction. Each of these chapters holds different environments, coupled with interactions that range from tapping and swiping, to location tracking and world-facing augmented reality. To produce the work, many of Unity’s features for mobile development were used in addition to extending the program with custom made C# components. This was needed to—for example—tie the users’ head movement to the characters’ face rig in an effort to combine real-time AR-tracking with pre-recorded motion capture data that takes care of all the characters’ movements. Additionally, a custom interactive video-player was coded to take care of interactive video-switching. This made it possible to generate many versions of pre-rendered video in HoudiniFX and insert desired outcomes by switching between ‘master’ and ‘insert’ video’s on designated switch-frames.

The final result balances between a game- and film- like experience which was purposefully stripped of many game-like elements like score systems and skillful interactions, in an effort to only focus the users’ attention to interactively progressing and interpreting the narrative. 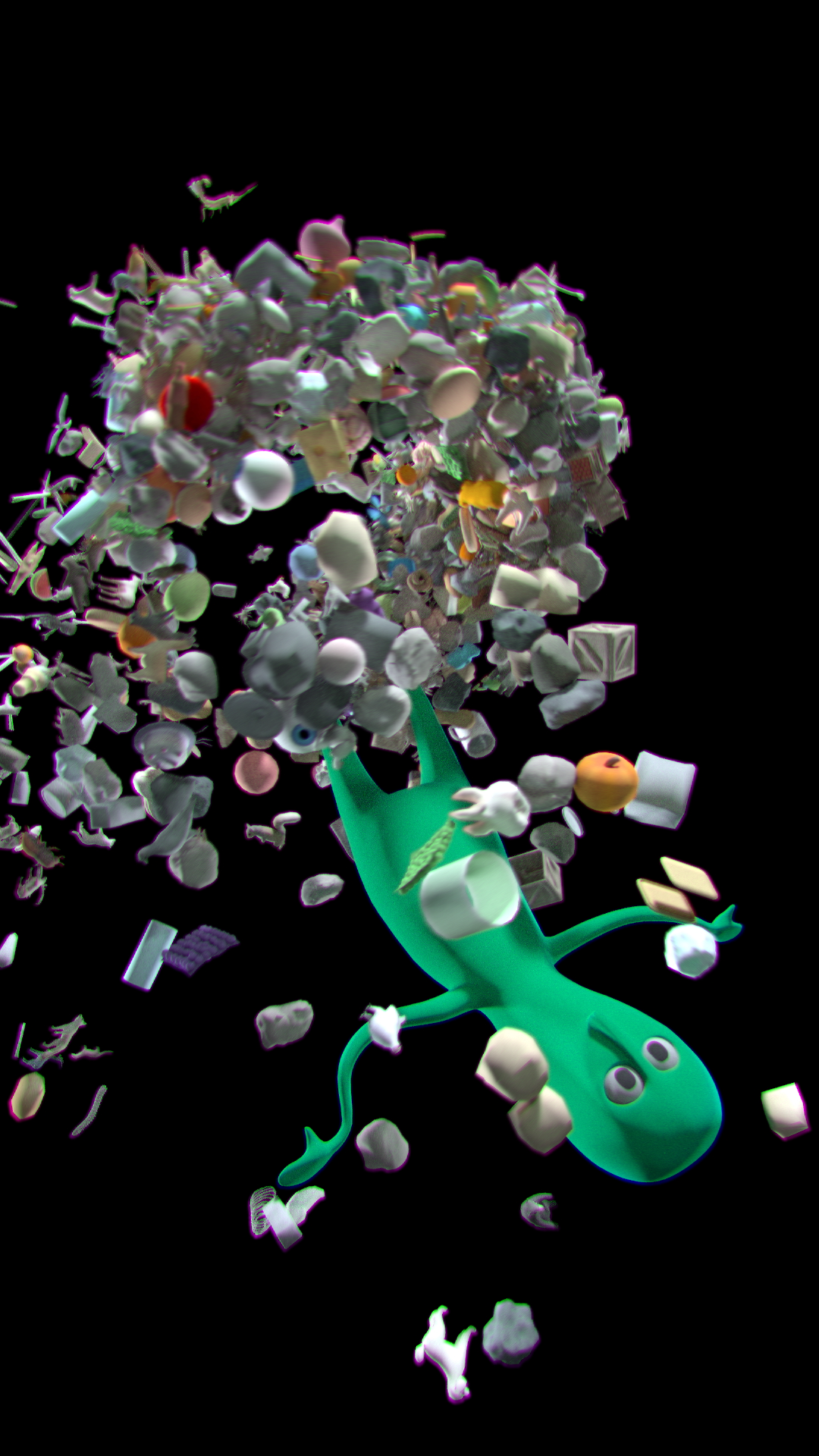 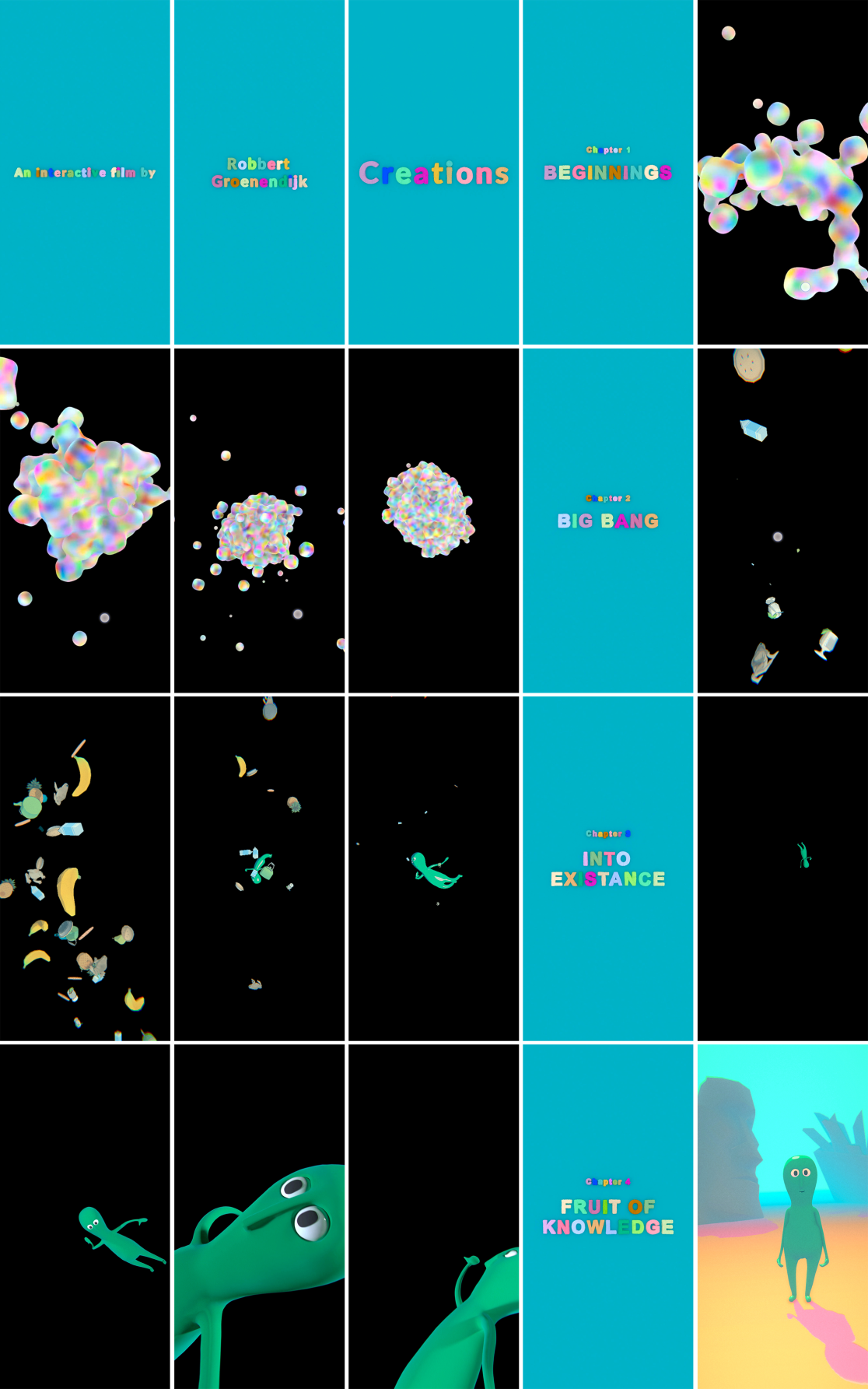 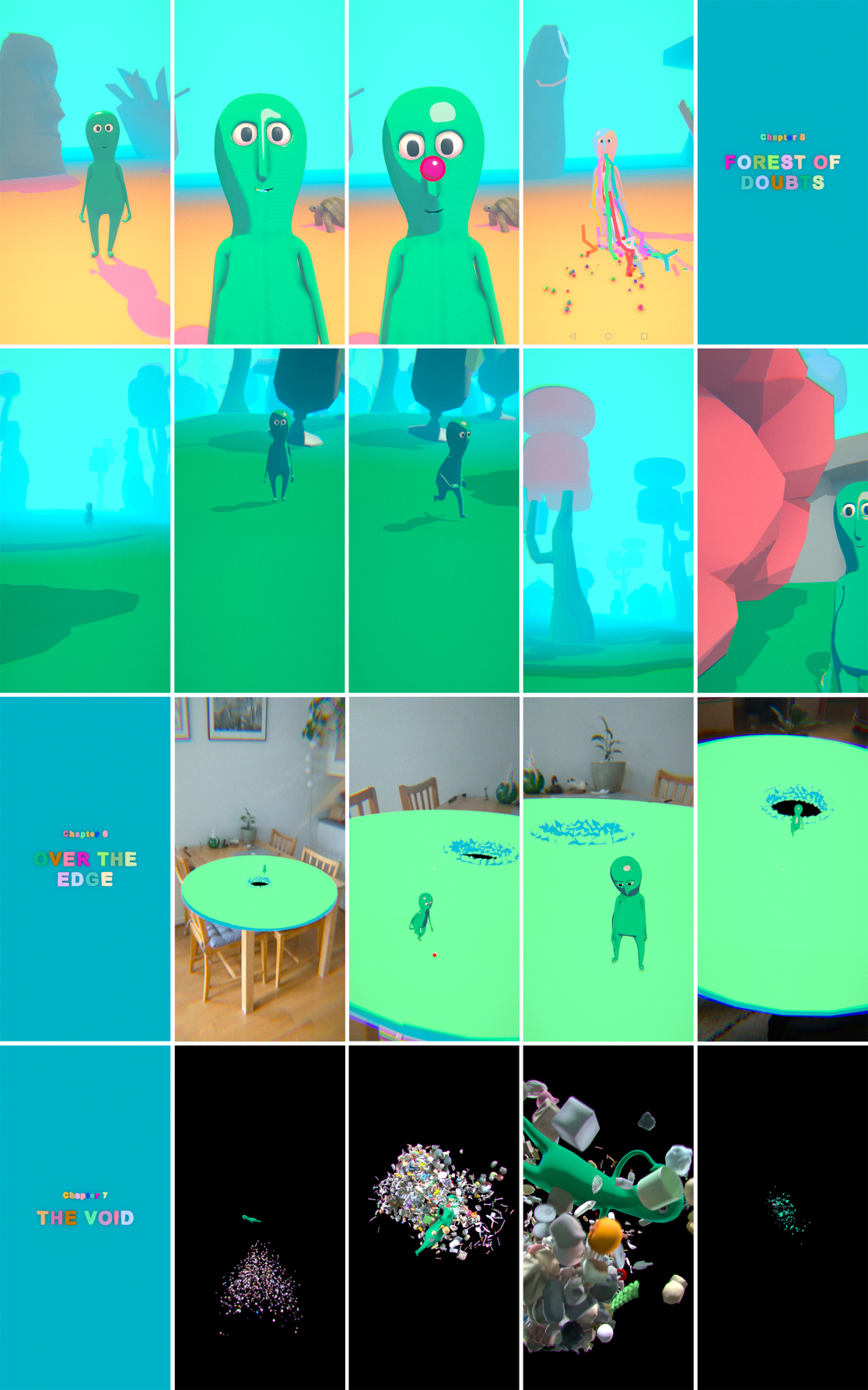 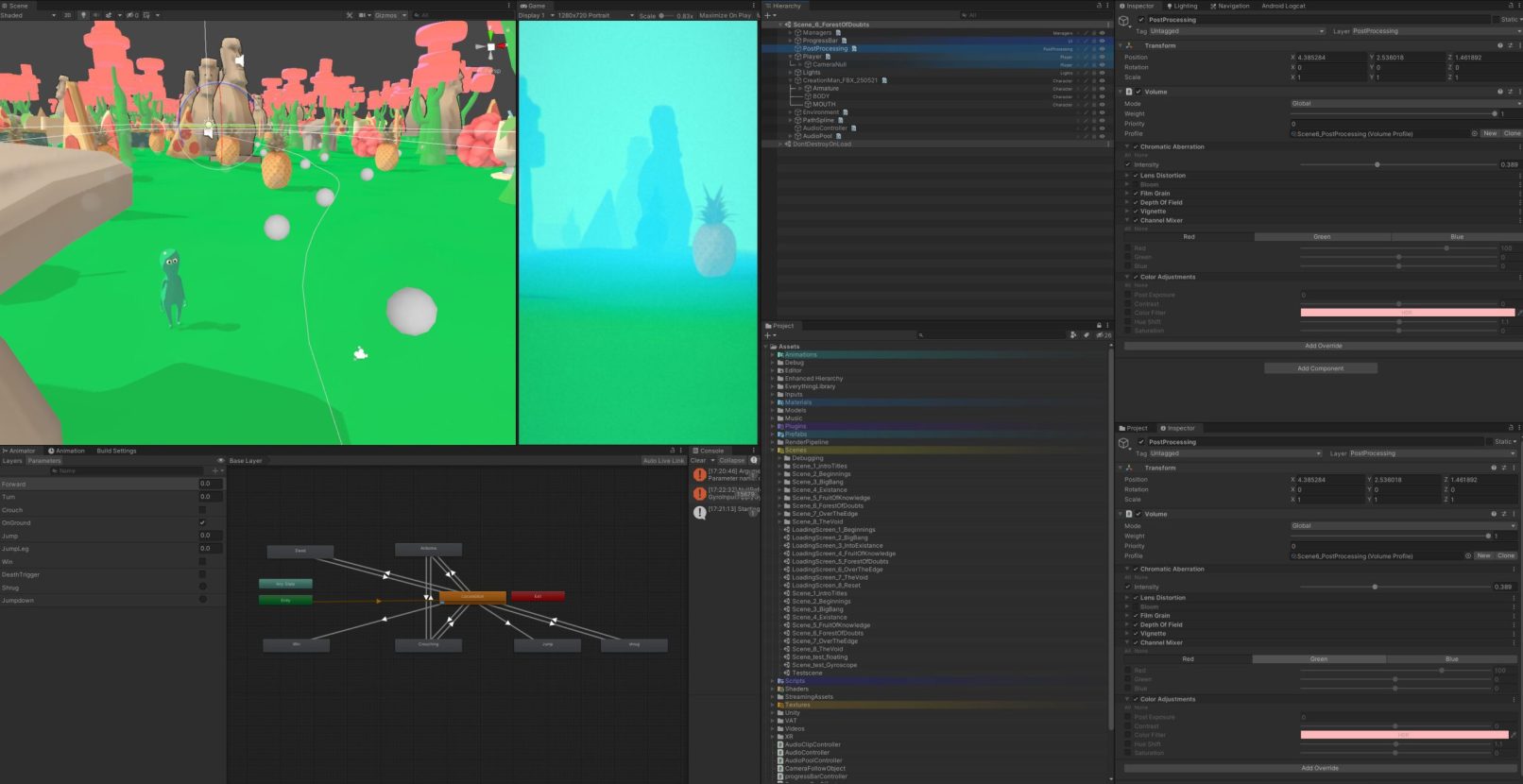 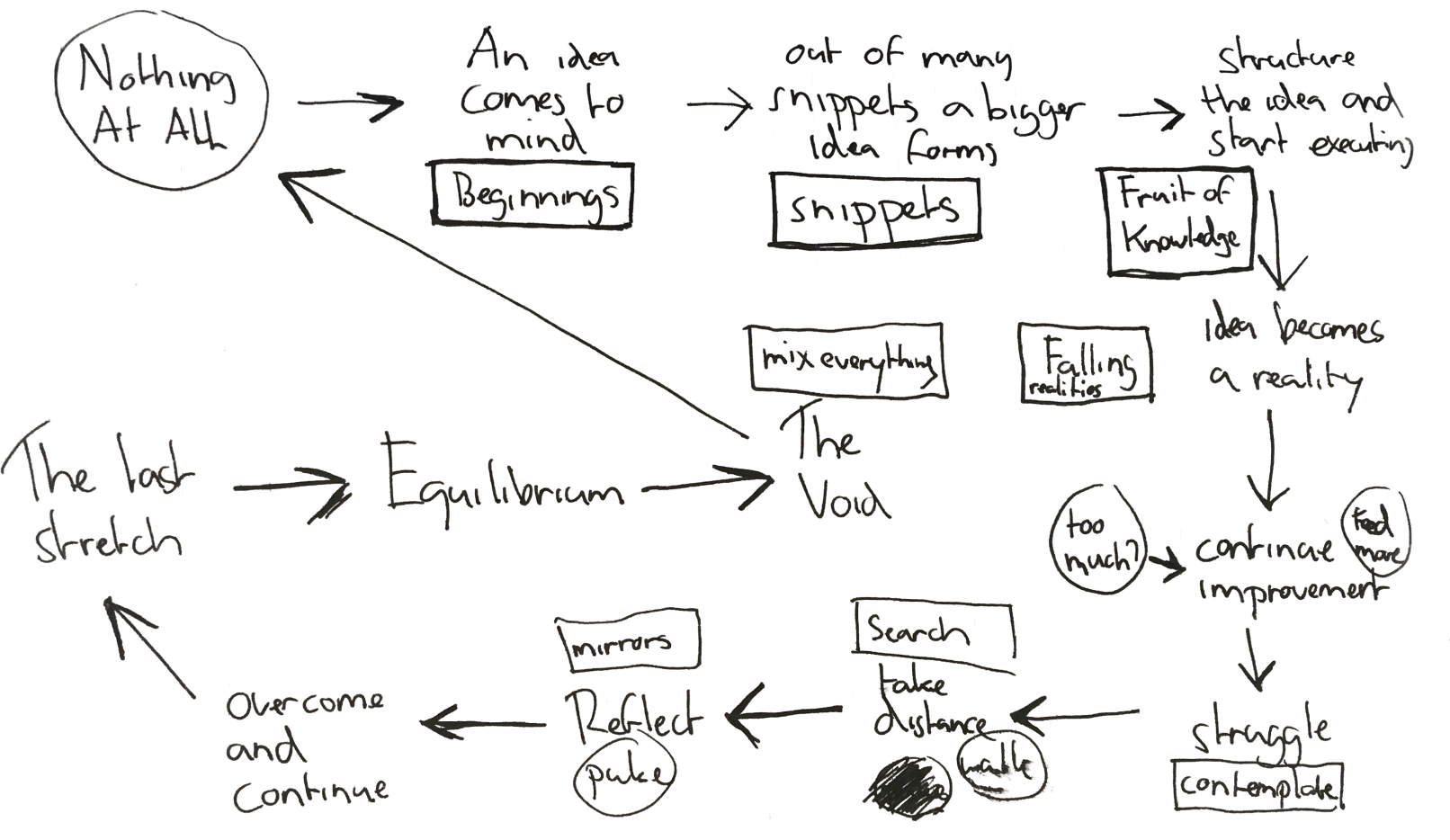